To evaluate the morphological diversity of some almond cultivars and genotypes, an experiment was carried out on 55 Iranian and foreign genotypes. Twenty-nine quantitative and qualitative characteristics of nuts and kernels as well as 4 phenotypic characteristics of almond trees were evaluated. Analysis of variance and means comparisons indicated that all the characteristics of the examined cultivars were significant, showing high variability in the cultivars and in their characteristics. Results of simple correlation analysis showed the existance of significant, positive as well as negative correlations among some important traits. Cluster analysis showed that, in Euclidean distance of 25, all cultivars and genotypes were divided into two main branches. With decrease in the Euclidean distance from 25 to 5, the cultivars and genotypes were divided into six main subclusters. Cluster analysis revealed that the traits of nut length, shape, nut weight, shell thickness and hardness, as well as the traits of kernel length, shape, weight, percentage as well as the flowering time were the main characteristics separating the genotypes. Also, factor analysis was employed for defining the determinant factors and the characteristics constituting in each factor. Factor analysis revealed that the traits of nut length, diameter, shape, weight, along with kernel length, diameter, shape, weight, thickness, and hardness, kernel percentage, patterns of outer shell and suture opening of shell were some of the characteristics that constituted the main factors. The effective traits were categorized within nine factors and accounted for 83 % of total variance. Within each factor, characters with coefficient values of more than 0.6 were considered significant. Plot analysis showed that cultivars and genotypes that had soft shell, longer of nut and kernel length, more kernel percentage characteristics were distingushed from others with hard shell, lower kernel wieght, less kernel percentage, smaller nut and kernel length but more thickness of shell and double kernel and higher nut weight in the different groups. According to the obtained results, ‘Shahrood 12’, ‘Shahrood 7’, ‘Shahrood 8B’, ‘Zarghan7’, ‘Ferragnes’, ‘Shahrood21’, ‘Mamaei’, ‘Nonpareil’, ‘Monterey’, ‘Sonora’, ‘Ne Plus Ultra’, and ‘Yalda’ cultivars, and also ‘K-12-4-4’,
‘K-1-16’, ‘K-11-40’, and ‘K-10-15’ genotypes were of better quality than the other cultivars and genotypes. 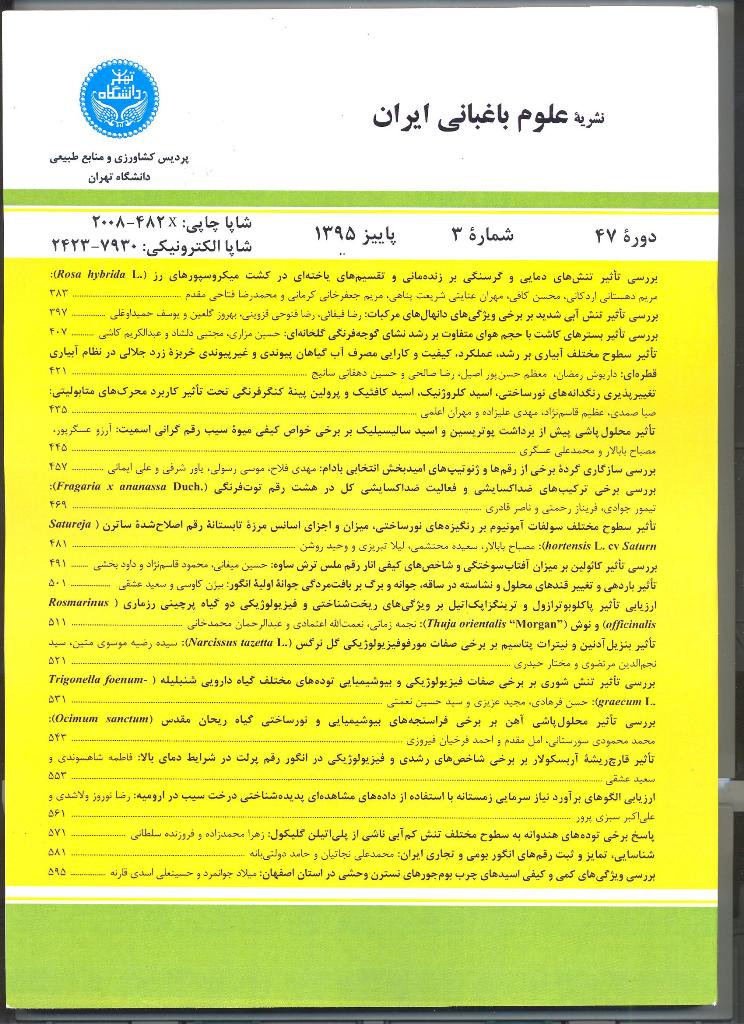